I enjoyed Brother West's memoir. It starts out stronger than it finishes, though; the stories of West's formative years and early years as a student are piercing. The later stories of his teaching ... Read full review

I would love to dialogue with this brother. He speaks from his heart with love and passion. Much of what he says accurately reflects my experience as an African American in America. I think he must be ... Read full review

Professor, writer, and civil rights activist Cornel West was born on June 2, 1953 in Tulsa, Oklahoma and raised in Sacramento. He graduated from Harvard University in 1973 with an M.A. and later taught African-American studies there. He has also taught at Union Theological Seminary, Haverford College, and Princeton University, the latter as professor of religion and director of African-American studies. West earned his Ph.D. from Princeton in 1980. He has written more than twenty books, including Race Matters and Restoring Hope: Conversations on the Future of Black America. 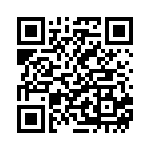