A must read for anyone interested in European cultural history and Jewish culture.

Page vii - And if thy brother be waxen poor, and fallen in decay with thee; then thou shalt relieve him: yea, though he be a stranger, or a sojourner; that he may live with thee.
Appears in 392 books from 1741-2007

Steven E. Aschheim is professor of history at Hebrew University in Jerusalem. He has published widely on German and Jewish history, including the books The Nietzsche Legacy, 1890–1990 and Culture and Catastrophe: German and Jewish Confrontations with National Socialism and Other Crises. 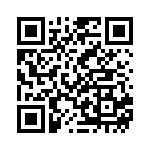