John Pettegrew is an associate professor of history and director of the American Studies Program at Lehigh University and coeditor of the three-volume Public Women, Public Words: A Documentary History of American Feminism. 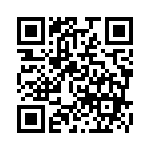