Two book Two books celebrating our enduring fascination with pasta, one likely to become a basic reference, the other a lively collection of simply made dishes. Bugialli is concerned with setting down ... Read full review

Amazing book. I've made probably 15 things already and they were all exceptional. I cannot recommend this book enough.

Giuliano Bugialli was born in Florence, Italy on January 7, 1931. He studied business at the University of Florence and languages at the University of Rome. In the late 1960s, he taught Italian to American students in Florence. In 1972, he taught his first cooking class in Florence. He moved to New York in the fall of 1972 to teach Italian at the Dalton School and was soon teaching cooking classes in New York and around the country. He opened several culinary schools and wrote several cookbooks including The Fine Art of Italian Cooking and Foods of Italy. His books won three James Beard Foundation awards. He died on April 26, 2019 at the age of 88. 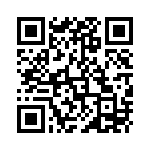