Konstantin Stanislavski (1863-1938) was a Russian director who sought 'inner realism' by insisting that his actors find the truth within themselves and 'become' the characters they portrayed. His work brought international fame to the Moscow Art Theatre, which he had co-founded with Vladimir Nemirovich-Danchenko in 1897. During his early years at the Moscow Art Theatre, he directed the first productions of Chekhov's Uncle Vanya (1899), Three Sisters (1901) and The Cherry Orchard (1904) as well as a series of celebrated versions of Shakespeare. Stanislavski toured America with the company in 1923. After World War II, the US edition of Stanislavski's treatise An Actor Prepares (1926) became a bible of the Method school of acting. 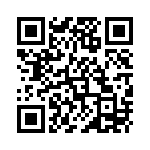