205 other sections not shown

Steve Graham is an architect in the Emerging Technologies division of IBM Software Group. He has spent the last several years working on service-oriented architectures, most recently as part of the IBM Web Services Initiative. Prior to this, Steve worked as a technologist and consultant on various emerging technologies such as Java and XML, and before that he was an architect and consultant with the IBM Smalltalk consulting organization.

Simeon (Sim) Simeonov has been developing software for more than 15 years. Sim''s areas of expertise encompass object-oriented technology, compiler theory, Internet tools, enterprise computing, and the broad spectrum of XML technologies. As chief architect at Macromedia Inc., Sim provides direction for the evolution of the company''s technology and product strategy as well as the architecture of its server-side platform products. Previously, Sim was chief architect at Allaire Corporation, where his initiatives brought about numerous innovations to the core product lines.

Sim is currently working on service-oriented architectures for the next generation of distributed XInternet applications. He is actively involved with the Java Community Process in the areas of Internet applications, XML, and Web Services. Sim also represents Macromedia on the W3C working group on XML Protocol. He is a regular speaker at conferences and a monthly columnist for XML Journal. Sim holds a B.A. in Computer Science, Economics, and Mathematics and a MSc in Computer Science.

Toufic Boubez is the chief technology officer of Saffron Technology. Prior to joining Saffron, he was a senior technologist in IBM''s Emerging Technologies group, and lead architect of IBM''s Web services initiative. He was IBM''s technical representative to the UDDI Web Services Consortium with Microsoft and Ariba and co-authored the UDDI API specification. He was also the IBM technical lead on the UN/CEFACT/OASIS ebXML initiative and helped drive IBM''s early XML and Web services strategies.

Dr. Boubez has more than 15 years of experience in IT and has published and presented on Web services, XML, object technology, distributed computing, intelligent agents, B2B, business modeling, simulation, neural networks, and wavelet analysis. He holds a doctorate in Biomedical Engineering from Rutgers University.

Doug Davis works in the Emerging Technology organization of IBM, working on IBM''s Web Services Toolkit, and he is one of IBM''s representatives in the W3C XML Protocol working group. Previous projects include WebSphere''s Machine Translation project, TeamConnection, and IBM''s FORTRAN 90 compiler. Doug has a Bachelor of Science degree from the University of California at Davis and a Master''s degree in Computer Science from Michigan State University.

Glen Daniels, in his 13 years in the software industry, has run the gamut from device drivers and network stacks up through user interface and Web site work, in everything from assembly language to C++ to Lisp. Distributed computing has always been a passion, and as such he is currently technical lead for the JRun Web Services team at Macromedia. Glen is an active member of the W3C XML Protocol group as well as one of the lead developers of Axis. When not coding, he can often be found playing bass or harmonica, hanging out with his many crazy friends in the Boston area, or relaxing with his cats.

Yuichi Nakamura is an advisory researcher at the IBM Tokyo Research Laboratory. His research interests are Web services including SOAP and XML security, object-oriented systems, J2EE, multiagent systems, B2B e-commerce, and knowledge engineering. He received an MSc and a PhD in Applied Physics from Osaka University in 1987 and 1990, respectively.

Ryo Neyama is a researcher at the IBM Tokyo Research Laboratory. His research interests are distributed object systems including Web services, object request brokers, and security. He received an MSc in Information and Computer Science from Waseda University in 1999. 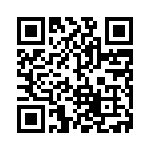