Thomas Bulfinch (1796–1867) was an American writer, Latinist, and banker who wrote and collected the first popular English-language retellings of Greek, Roman, Eastern, Scandinavian, Arthurian, and medieval myths in his famous three-volume compilation, Bulfinch’s Mythology. "Without a knowledge of mythology," he wrote, "much of the elegant literature of our own language cannot be understood or appreciated." He added: "We trust our young readers will find it a source of entertainment," and his trust seems to have been justified, judging from the many generations who have found his books an enthralling and loving introduction to the worlds of classical and medieval myth and legend.

Alberto Manguel is an internationally acclaimed anthologist, translator, editor, and bestselling writer of several award-winning books, including A Dictionary of Imaginary Places and A History of Reading. He was born in Buenos Aires, moved to Canada in 1982, and now lives in France, where he has been named an Officer of the Order of Arts and Letters. 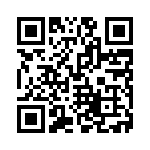