Suu Kyi's struggle is one of the most extraordinary examples of civil courage in Asia in recent decades." As leader of the prodemocracy movement and cofounder of the National League for Democracy, the nation's opposition party, Aung San Suu Kyi has been under house arrest for what Myanmar's leaders call treasonous acts after clashes between demonstrators and armed troops in 1988 and 1989. A scholar and mother, Aung San Suu Kyi had never directly involved herself in politics, yet she was always aware of her identity as the daughter of Aung San, the late Burmese nationalist leader who led the country to independence. During a trip to her homeland, she became aware of deteriorating human rights and the people's cry for democracy. She began her crusade in August 1988 by traveling throughout Burma, calling on the people to help bring democracy to a country governed as a dictatorship since 1962. By introducing the issue of basic human rights, especially the right to choose one's government, Aung San Suu Kyi inspired crowds wherever she went. Aung San Suu Kyi received Nobel Peace Prize in 1991. 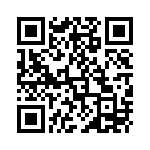