By a Thread by Lucy Score
Contemporary romance. Grumpy hero.
Ally loses her job when she insults a customer at the restaurant she’s working at. When he complains to the manager, Ally promptly gets fired.
Dominic is having a bad day. He can’t believe the waitress gave him attitude! He didn’t really mean to get her fired.
Ally is hired to work for Dominic by his grandmother. With conditions that he can’t fire her. Their next few weeks are going to be a doozy as the too butt heads and clash over everything.
It’s a titillating romp as the two throw insults and secretly lust after the other. He’s grumpy grump face. She’s making him spend time in his private bathroom.
It’s against company policy to have a romantic relationship so maybe he can make her quit.
Entertaining and lusty. Banter and business.
I can’t wait to read more by this author.

Lucy Score is a New York Times, USA Today and Wall Street Journal bestselling author. She grew up in a literary family who insisted that the dinner table was for reading and earned a degree in journalism. She writes full-time from the Pennsylvania home she and Mr. Lucy share with their obnoxious cat, Cleo. When not spending hours crafting heartbreaker heroes and kick-ass heroines, Lucy can be found on the couch, in thekitchen, or at the gym. She hopes to someday write from a sailboat, oceanfront condo, or tropical island with reliable Wi-Fi. 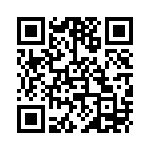