A flawed effort, within a noble campaign to explain that Byzantium probably can't be summed up by an incense-bearing eunuch paying off manly masculine men from [wherever the author is from] until ... قراءة التقييم بأكمله

A competent and readable history of the Byzantine empire. It updates earlier histories, such as the eloquent trilogy of John Julius Norwich, incorporating a more skeptical eye and covering a broader ... قراءة التقييم بأكمله

Judith Herrin is professor emeritus in the Department of Classics at King's College London. Her books include Ravenna: Capital of Empire, Crucible of Europe; Unrivalled Influence: Women and Empire in Byzantium; Margins and Metropolis: Authority across the Byzantine Empire; Women in Purple: Rulers of Medieval Byzantium; and The Formation of Christendom (all Princeton). She lives in Oxford, England. 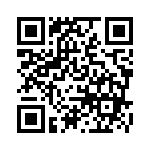