Although this "readable biography" does not attempt to determine Lewis's place in literature, LJ's reviewer found that he "emerges as a warm human being" (LJ 2/1/75). thanks to the 1993 film ... Read full review

Roger Lancelyn Green was born in England in 1918, where his family has lived for more than 900 years. He was often sick as a child and spent long periods confined to his room devouring Greek myths, medieval romances, and fairy tales. Green began a lifelong fascination with Greece and Greek culture when he first visited that country in 1935. He went on to compile and retell many Greek stories, including "Old Greek Fairy Tales," and "Jason and the Golden Fleece." Green also wrote his own stories, but he is better known for his retellings of folk tales from around the world. Roger Lancelyn Green died in 1987 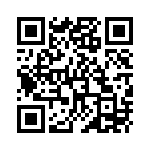