A recent op-ed piece, by a NASA scientist, stated that California has only enough water to sustain the population for one year. In the mean time the drought goes on. In order to understand what led to the problem of water in the west, read this book. It is an eye-opener. Read full review

What this actually is is a chronicle of the history of the Bureau of Reclamation, and the constant flouting of federal rules that its leaders allowed in the name of advantaging certain large ... Read full review

Marc Reisner worked for many years at the Natural Resources Defense Council. In 1979, he received an Alicia J. Patterson Journalism Fellowship and began the research for Cadillac Desert. He was also the author of Game Wars: The Undercover Pursuit of Wildlife Poachers and A Dangerous Place: California's Unsettling Fate. Resisner died in 2000.

Lawrie Mott, formerly an environmental heath scientist with the Natural Resources Defense Council, lives in a Bay Area county that receives all its water from local supplies. From Marc Reisner, her late husband, she learned about water in the West at their dinner table and during long drives through western states. Mott received her B.A. from the University of California at Santa Cruz and her M.S. from Yale. 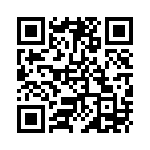