Madison Sanders, a young single mom, finds herself besieged by a group of 4 men when she starts working in a local business. These four men call themselves "The Wolf Pack". When she's had enough of the harassment, she takes her complaints to Human Resources. He then calls in these men and gives them a severe warning.
Then tragedy strikes in the form of an accident, resulting in the death of her only child. Madison accepts all blame and is crushed under the weight of her guilt and grief.
But as she slowly starts to emerge from her cocoon of grief, she finds she has questions about the accident. When police detectives ignore her, she turns to a private investigator ... a detective that's been kicked off the force. But what he finds is much more than anyone expected.
Madison takes matters into her own hands and dishes out the only punishment the people who killed her son will understand.
Disclaimer: Among the topics of Delayed Onset Adult Psychopathy, PTSD, and child abuse, Can't Hide What's Inside heavily explores the subject of male misogyny, issues with race, stereotypes, and bigotry. If you are sensitive to any of these issues, as the author I highly recommend that you do not read this book.
The plot is a good one, and even though it's been done many times over, the author managed to make it seem new. The characters are solidly drawn ... warts and all. Madison, especially, is a kind of unique character. Her relationship with her mother is shockingly revealed as the truth slowly emerges throughout the telling. There are twists and turns, some expected, some not. This is the first in a trilogy featuring Madison Sanders.
Many thanks to the author / Booksirens for the digital copy of this Psychological Thriller. Read and reviewed voluntarily, opinions expressed here are unbiased and entirely my own.

C.J. Heigelmann is an emerging author of Contemporary, Historical, and Psychological Thriller fiction, who has published three novels, An Uncommon Folk Rhapsody, Crooked Fences, and Can't Hide What's Inside. C.J. learned to negotiate the changing fabric of class relations within the United States while experiencing different nuances of racial interconnection and social class ideologies from California to Connecticut, the Deep South, and during military service in the United States Air Force. CJ combines these unique experiences with his knowledge of the humanities, an empathetic heart, and a belief in world peace, to produce literature that focuses on the human condition in any genre he touches. Ever evolving, but yet retaining his core signature of sharp-edged reality, his writing style brings a fresh and compelling perspective to every plot and storyline.He is a member of the Authors Guild, the Historical Novel Society, and the South Carolina Writers Association.AWARDSIndependent Press Award, Winner, Multicultural Fiction, 2021, An Uncommon Folk Rhapsody (Historical Fiction).Elizabeth Boatwright Coker Fellowship for Fiction, Finalist, 2021, The Other Side of the Hill (Short Story Fiction).Wishing Shelf Book Award, Finalist, Adult Fiction, 2020, An Uncommon Folk Rhapsody (Historical Fiction.)New York City Big Book Award, Distinguished Favorite, Military Fiction, 2020, Crooked Fences (Contemporary Fiction). Bestselling Amazon Author: Contemporary Literary Fiction, Depression, Racism and Discrimination, African American Literary Fiction, Historical Thrillers, and Historical African Fiction. 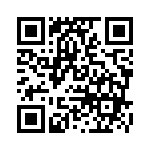