Without a doubt one of the best novels I've ever read, plot is almost no existent, the enjoyment of wonderful characters, weaving through each others lives. I liked it even more then Of Mice and Men which I also loved. I'm going to read a lot more Steinbeck this year. Read full review

You know, you think you read "Cannery Row" once, but didn't. Now I have read several biographies of Steinbeck but then finally realized I never actually read "Cannery Row." I have been by Cannery Row ... Read full review

John Steinbeck (1902–1968) born in Salinas, California, grew up in a fertile agricultural valley, about twenty-five miles from the Pacific Coast. Both the valley and the coast would serve as settings for some of his best fiction. In 1919 he went to Stanford University, where he intermittently enrolled in literature and writing courses until he left in 1925 without taking a degree. During the next five years he supported himself as a laborer and journalist in New York City, all the time working on his first novel, Cup of Gold (1929).

Early in the 1940s, Steinbeck became a filmmaker with The Forgotten Village (1941) and a serious student of marine biology with Sea of Cortez (1941). He devoted his services to the war, writing Bombs Away (1942) and the controversial play-novelette The Moon is Down (1942).Cannery Row (1945), The Wayward Bus (1948), another experimental drama, Burning Bright (1950), and The Log from the Sea of Cortez (1951) preceded publication of the monumental East of Eden (1952), an ambitious saga of the Salinas Valley and his own family’s history.

Susan Shillinglaw (introducer) is a professor of English San Jose State University. She is the author of On Reading the Grapes of Wrath and Carol and John Steinbeck: Portrait of a Marriage. 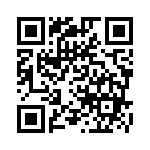