Paul Erdkamp is Professor of Ancient History at the Vrije Universiteit Brussel, where he has taught since 2007. He studied history at the Radboud University of Nijmegen, obtaining his PhD in 1998, before holding teaching posts at the universities of Edinburgh, Utrecht, and Nijmegen and a research fellowship at Leiden University. He is co-director with Koenraad Verboven of the Roman Society Research Centre (Ghent/Brussels) and general editor of the Palgrave Studies in Ancient Economies series, and has published widely on the Roman economy, the Roman army, and Roman Republican historiography.

Koenraad Verboven is Professor of Ancient History at Ghent University, where he has taught since 2007. He specializes in ancient social and economic history, particularly of the Roman world, and has a special interest in monetary history and numismatics, friendship and patronage based networks, guilds (collegia), (neo-)institutional analysis, and complexity economics. He is the author of The Economy of Friends: Economic Aspects of Amicitia and Patronage in the Late Republic (Peeters, 2002), for which he was awarded the 'Prix Joseph Gantrelle' of the Belgian Royal Academy. 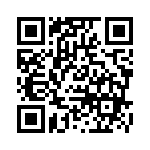