This is a fascinating and very sad story. This year it´s 100 years since Scott and two of his fellow explorers died on the ice in Antarctis. There is much written about him but Sir Ranulph Fiennes ... Read full review

Sir Ranulph Fiennes was the first man to reach both poles (by surface travel) and the first to cross the Antarctic Continent unsupported. In the 1960s he was removed from the SAS Regiment for misuse of explosives but, joining the army of the Sultan of Oman, received that country s Bravery Medal on active service in 1971. He is the only person yet to have been awarded two clasps to the Polar medal for both Antarctic and the Arctic regions. Fiennes has led over 30 expeditions including the first polar circumnavigation of the Earth. In 1993 Her Majesty the Queen awarded Fiennes the Order of the British Empire (OBE) for human endeavour and charitable services, because, on the way to breaking records, he has raised over 5 million for charity. 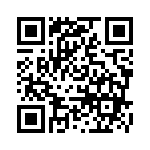