Altay graduated from Hacettepe University, Ankara in 2006 and became a professional licensed tourist guide in 2009. He worked as an activity leader specialising in canyoning , sea kayaking, trekking and mountain biking in Kaţ before maturing into a cultural guide. He now guides an international clientele exploring the diversity of all the regions of Turkey. Altay was a member of the Conquest Coast Expedition which aimed at and succeeded in paddling from the Syrian border in Hatay to Ýstanbul in 2007. He hiked all around Turkey and is co-founder & co-author of the Carian Trail project. His love of the outdoors and nature is expressed through his photography which has been published in several books and many magazines. As a member of Cultural Routes Society, he is actively taking part in making new hiking/biking trails in different parts of Turkey.

Rikki, born and raised in the United States, has worked in the fashion and education industries and is a trained chef, but her biggest passion in life has always been traveling. After cycling, trekking, and hitchhiking her way through about 30 countries on 4 continents, Rikki ended up in the mountains of eastern Turkey. She fell in love with the cultural and natural wonders of the country, and was lucky enough to be offered her own travel documentary on Turkish national television. Two years, 20 episodes, and many adventures later, Rikki is still living in Turkey, now exploring it's rich culinary heritage. She is currently working to film a documentary series and compile a book about local Turkish cuisine. 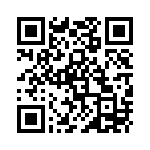