Charles D. Ameringer is Professor Emeritus of History at Penn State University. His previous books include The Democratic Left in Exile: The Antidictatorial Struggle in the Caribbean, 1945&–1959 (1974) and Don Pepe: A Political Biography of Jose Figueres of Costa Rica (1979). 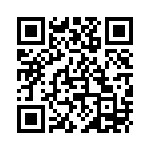