Eric Ames is assistant professor of German at the University of Washington. 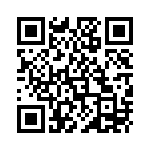