Douglas Todd is one of the most honoured spirituality and ethics writers on the continent. He has won more than 60 journalism honours and educational fellowships. Working for the Vancouver Sun and other newspapers, he is a two-time winner of the Templeton Religion Reporter of the Year Award, which goes to the top spirituality writer in North America's secular media. 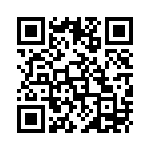