Tony DiCicco coached the U.S. Women's National Soccer Team to the Gold Medal in the 1996 Olympic Games in Atlanta and the World Cup Championship in 1999. He is currently the commissioner of the Women's United Soccer Association.

Dr. Colleen Hacker is the sport psychology consultant for the U.S. Women's National Soccer Team and a professor at Pacific Lutheran University in Tacoma, Washington.

Charles Salzberg is a magazine journalist and the author of more than fifteen books. 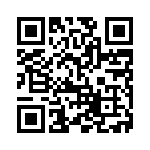