A scholarly and stimulating history of the impact made by gifted thinkers who became Catholics on both sides of the Atlantic between 1825 and 1962, and of the problems they faced in their new Church ... Read full review

The century and a quarter before Vatican Council II saw quite a few American and British intellectuals enter the Roman Catholic Church. Through their writings, these converts, among them John Henry ... Read full review

Patrick Allitt is Cahoon Family Professor of American History at Emory University. He is the author of Catholic Intellectuals and Conservative Politics in America, 1950-1985 and Catholic Converts: British and American Intellectuals Turn to Rome. 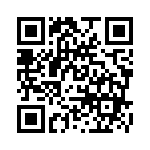