Isaac Lubelsky teaches New-Age thought at Tel Aviv University (the comparative Religion Program), and modern Indian history at Tel Aviv University and Haifa University (Departments of East Asian Studies). He is a research-fellow at the Stephen Roth Institute for the Study of Contemporary Anti-Semitism and Racism, Tel Aviv University, where he coordinates (since 2006) the Marriane and Ernest Pieper Research Seminar on worldwide Racism. His fields of research are diverse, and include the history of East/West encounters during the last three centuries, alongside the history of occultism, esotericism, and modern New-Age religions. 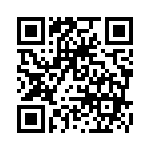