This relates to what is probably the most important issue of our time, and also to one of my favorite questions: is George W. Bush wicked or stupid, or, as I like to think, both. His administration ... Read full review

The book is not what I expected it to be. I gave up after 75 pages, which is rare for me. Think I was looking for a scientific book on climate change and all I got was a bunch of midlevel bureaucrats doing what they do best, which is nothing. A complete time waster. Read full review

Mark Bowenis the author of the highly acclaimed book, Thin Ice, which was praised as “one of the best books yet published on climate change” (New York Review of Books) and named the best science book of 2005 by NPR’s Living on Earth. An avid climber with a Ph.D. in physics from MIT, Bowen has written articles for Climbing, Natural History, and Technology Review. 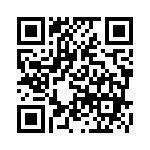