Paul Kurtz (1925-2012), professor emeritus of philosophy at the State University of New York at Buffalo and a fellow of the American Association for the Advancement of Science, was the author or editor of more than fifty books, including The Transcendental Temptation, The Courage to Become, and Embracing the Power of Humanism, plus nine hundred articles and reviews. He was the founder and chairman of the Center for Inquiry, the Council for Secular Humanism, and the Committee for Skeptical Inquiry. He appeared on many major television and radio talk shows and lectured at universities worldwide.

Timothy J. Madigan is an assistant professor of philosophy at St. John Fisher College and a member of the editorial board of Philosophy Now magazine. For many years he was editor of Free Inquiry magazine. 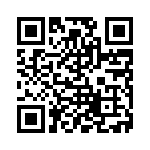