Jalie A. Tucker, PhD, MPH, is Professor of Health Behavior at the University of Alabama at Birmingham School of Public Health. Previously, she was Alumni Professor of Psychology at Auburn University. Originally educated as a clinical psychologist, Dr. Tucker has variously worked as a faculty researcher, educator, therapist, and administrator in medical school and psychology department settings. Her research on help-seeking and addictive behavior change patterns is supported by the National Institute on Alcoholism and Alcohol Abuse. Dr. Tucker recently completed a masters of public health degree in health care organization and policy, an endeavor made possible by a Research Scientist Development Award from the NIAAA. A consistent contributor to the scientific literature on substance abuse, she is a past president of the Division on Addictions (50) of the American Psychological Association and a past leader of the Addictive Behaviors Special Interest Group of the Association for the Advancement of Behavior Therapy.

Dennis M. Donovan, PhD, currently serves as the Director of the University of Washington's Alcohol and Drug Abuse Institute and is a Professor in the Department of Psychiatry and Behavioral Sciences and Adjunct Professor in the Department of Psychology at the University of Washington. Dr. Donovan was affiliated with the Addictions Treatment Center at the Seattle Department of Veterans Affairs Medical Center for 17 years, where he was involved in clinical, administrative, training, and research activities. During this time he was also instrumental in the development of, and served as Associate Director of, the first Center of Excellence in Substance Abuse Treatment and Education (CESATE). He has over 120 publications in the area of alcoholism and addictive behaviors to his credit, and has served as Associate Editor and as a member of the editorial boards of the Journal of Studies on Alcohol and the Psychology of Addictive Behaviors. His research has been funded by the National Institute on Alcohol Abuse and Alcoholism, the National Institute on Drug Abuse, and the Center for Substance Abuse Treatment.

G. Alan Marlatt, PhD, until his death in 2011, was Director of the Addictive Behaviors Research Center and Professor of Psychology at the University of Washington. For over 30 years, Dr. Marlatt conducted pioneering work on understanding and preventing relapse in substance abuse treatment and was a leading proponent of the harm reduction approach to treating addictive behaviors. He was a recipient of honors including the Jellinek Memorial Award for outstanding contributions to knowledge in the field of alcohol studies, the Robert Wood Johnson Foundation's Innovators Combating Substance Abuse Award, the Research Society on Alcoholism's Distinguished Researcher Award, and the Career/Lifetime Achievement Award from the Association for Behavioral and Cognitive Therapies. 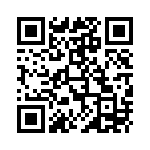