Derek Wilson is well known through his books, radio and TV appearances, frequent journalistic features and festival appearances as one of the UK's leading narrative historians. Among his critically-acclaimed and bestselling books are Sweet Robin- Robert Dudley, Rothschild- A Story of Wealth and Power; Earl of Leicester, The King and the Gentleman- Charles Stuart and Oliver Cromwell, 1599-1649(Pimlico 2000); In the Lion's Court- Power, Ambition and Sudden Death in the Reign of Henry VIII(Pimlico 2002); All the King's Women- Love, Sex and Politics in the Life of Charles II (Pimlico 2004) and Hans Holbein- Portrait of an Unknown Man(Pimlico, July 2006), 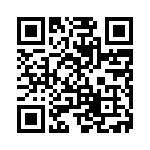