CHARLES SANDERS PEIRCE was born in Cambridge, Massachusetts, on September 10, 1839. He graduated from Harvard in 1859 and earned a degree from Harvard's Lawrence Scientific school in 1863. A philosopher, mathematician, and logician, until 1891, Peirce was associated with the United States Coast and Geodetic Survey, an organization concerned with measurements of the earth's geographical features. Peirce's work on gravity determinations gained him international acclaim, and he was elected to the American Academy of Arts and Sciences, the National Academy of Sciences, and the London Mathematical Society. From 1888 until his death, Peirce lived on an isolated farm near Milford, Pennsylvania, conducting research and writing papers.

Peirce has been called one of America's most original and versatile thinkers, although his accomplishments are far from well-known. The founder of the philosophical movement known as pragmatism (which he later called pragmaticism to distinguish it from popularized versions such as that of William James), Peirce argued that the truth of any assertion is to be evaluated from its practical consequences and its bearing on human interests. In other words, concepts are to be understood in terms of their practical implications.

Peirce's chief interest was logic, on which he lectured at Johns Hopkins University from 1879 to 1884 (he was creator of the algebra of logic), but he also cofounded the science of signs (semiotics), designed an electric switching-circuit computer, was the first modern psychologist in the United States, and an expert on the pronunciation of Elizabethan English.

Having resigned from the Coast and Geodetic Survey over disagreements regarding the methods and careful quality of his work (called procrastination by some), Peirce lived out his last years in poverty and illness, dying at his Pennsylvania farm on August 19, 1914. 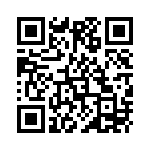