A nosedive into the American obsession with cleanliness that explains how this middle-class attitude was formed. Although social reformers had crusaded for better sanitation in the first half of the ... Read full review

Suellen Hoy teaches American History at the University of Notre Dame. She is the co-author of From Dublin to New Orleans: The Journey of Nora and Alice. 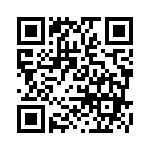