A testimony of God's faithfulness!

What an inspiration it is to read of the adventures and accomplishments of one young woman, sold out to Jesus! Through her unselfish giving and her complete dependence on the Holy Spirit, God has ... Читать весь отзыв

The Power of God is evidenced in Jackie Pullinger.

The miraculous evidence of the power of God's Holy Spirit in Jackie Pullinger's life and work with the needy in Hong Cong, is the best inspiration to all God's people to seek the Spirit's indwelling to enable us to also do God's Will on earth! Читать весь отзыв

Jackie Pullinger-To is a British woman who lives and works among the poor, the homeless and the drug addicts of Hong Kong.

Over thirty years ago she went to Hong Kong on a one way ticket, and arrived knowing no one with just $100 HK in her pocket. She lived and worked in Kowloon's notorious 'Walled City' and by 1981 she had set up the St Stephen's Society, which provides rehabilitation homes for recovering drug addicts, prostitutes, and gang members. By December 2007 it had grown to provide homes for 200 people.

The charity's work has been recognized by the Hong Kong government who donated the land for the rehabilitation homes.

Jackie's story is told in her renowned book Chasing the Dragon and she still lives in Hong Kong and runs the St Stephen's Society.

Andrew Quicke is Chairman of the School of Cinema-Television at Regent College, Vancouver, Canada. He has lived in London, Southern California, Bangkok Thailand and Jerusalem Israel where he was bureau news chief for CBN and Middle East Television. 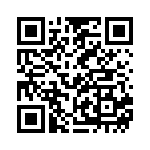