Excellent resources for the doityourselfer. The only resource I have found that gives you the precise calculations to configure your own suspension. Many books or magazine articles allude to this but only this gives you the info you really need. Read full review

David Dyergrew up in a coastal town in NSW, Australia, and graduated as dux of his high school in 1984. After commencing a degree in medicine and surgery at the University of Sydney, he soon decided it was not for him.

David went on to train as a ship's officer at the Australian Maritime College, travelling Australia and the world in a wide range of merchant ships. He graduated from the college with distinction and was awarded a number of prizes, including the Company of Master Mariners Award for highest overall achievement in the course. He then returned to the University of Sydney to complete a combined degree in Arts and Law. David was awarded the Frank Albert Prize for first place in Music I, High Distinctions in all English courses and First Class Honours in Law. From the mid-1990s until early 2000s David worked as a litigation lawyer in Sydney, and then in London at a legal practice whose parent firm represented the Titanic's owners back in 1912. In 2002 David returned to Australia and obtained a Diploma in Education from the University of New England, and commenced teaching English at Kambala, a school for girls in Sydney's eastern suburbs.

David has had a life-long obsession with the Titanic and has become an expert on the subject. In 2009 he was awarded a Commonwealth Government scholarship to write The Midni 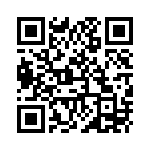