re chapter 2, I think Chaucer wrote the "Legend of Good Women" as a command performance, because the Queen was pissed about his raucous portrayal of women in his other works; so you can blame the Queen for his pallid portrayals here. 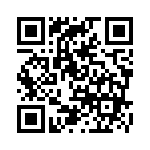