Frank B. Gilbreth Jr. was born in 1911 in Plainfield, New Jersey, and graduated from the University of Michigan. He became a lieutenant commander in the U.S. Navy during World War II and received a Bronze Star and Air Medal. In 1947, he joined the staff of what is now the Post and Courier in Charleston, South Carolina. A columnist and reporter, he authored and coauthored several books, including Belles on Their Toes (with Ernestine Gilbreth Carey), How to Be a Father, and Time Out for Happiness. In 1950, he was corecipient (with his sister) of the French International Humor Award for Cheaper by the Dozen. He died in 2001. 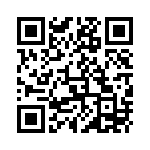