Review Written by Bernie Weisz, Historian December 16, 2010 Pembroke Pines, Florda, USA Contact: BernWei1@aol.com
Title of Review: THC, LSD and BZ Chemical Warfare Research:Selecting Volunteer Astronauts Ready to Go Into "Inner:" Rather Than Outer Space" James S. Ketchum's book "Chemical Warfare: Secrets Almost Forgotten" is the first and only account that exists revealing the U.S.Army's research into Chemical Warfare that occurred in one of the most tumultuous settings the United States ever has experienced. It is, however, a taboo topic and Ketchum states with chagrin that when he mentions to people that he is a psychiatrist that worked during the 1960's studying chemical methods for "subduing" normal people, most react politely by changing the subject. Perhaps this reflects the times in which these experiments occurred. Ketchum boldly proclaims the goal of his book as follows: "Many books and articles have been published about the shady and nefarious activities of the CIA in relation to LSD, supposedly contemporaneously with our own officially approved medical research. I have read several of them and it is distressing how often our clinical research program has been confused with the CIA's covert use of LSD. Some authors do not refer to drugs we studied by their correct names, and attribute properties to them that are quite fanciful. A primary purpose of this book, therefore, is to provide truthful, comprehensive, accurate information about the Edgewood Arsenal medical research program, and what we actually learned from our studies." As a historical reviewer with zero psycho pharmacological foreknowledge, I intuitively understood Ketchum's comment when he wrote: "Medical experts enjoy using pedantic language that underlies their erudition, and I must admit I was not immune to this affection."
As a final example of this Government imposed veil of silence, Jim Ketchum participated in a study in the 1990's where he assisted a criminologist in Sacramento, California. It was noticed that in the collection of blood samples of drivers caught while driving impaired, 11% had THC in their bloodstream. The Dept. of Justice wanted to know if marijuana was decriminalized, would it compound problems? Forty volunteers were tested on a California Highway Patrol "crash course" under different conditions, e.g. alcohol alone, alcohol and marijuana simultaneously, marijuana alone, etc. Surprisingly, the conclusion was that marijuana alone was not a major problem on America's highways. If anything, it counteracted the effects of alcohol. However, not only did this study fail to get any publicity, it was never published in the open literature and Jim Ketchum's contract ended. Ketchum's conclusion, that marijuana alone is not really dangerous on drivers, is not what the government wanted to hear, so because of that it was thrown into the trash can. Ketchum felt that anything contrary to the government's fight against the drug war and doubling the amount of people in jails is against it's best interests. To Ketchum, that is an industry in itself. If marijuana was legalized, it would take the place of the big drug companies pain killers and anti depressants, therefore it's legalization would cause economic hardship untenable to the interests of America's Fortune 500. There is so much more in this book that is impossible to cover within this review. Regardless, this 360 page history lesson of the 1960's is essential reading to any understanding of
Americana. Thankfully, the secrets in this book, thanks to Jim Kechum, will never be forgotten! 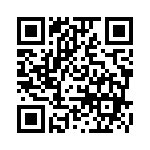