It is what it is. In this case, that means "it" is a book about the local lore and legends surrounding the War with the British. Note that the book does not attempt to recount the history of the war ... Read full review

Ralph Eshelman was co-director of the Patuxent River Cultural Resource Survey which discovered and partially excavated a vessel from the U.S. Chesapeake Flotilla. Eshelman conducted an inventory of War of 1812 sites in Maryland for the National Park Service's National Battlefield Protection Program. He has published four books on the War of 1812. Scott S. Sheads has served as a ranger-historian and Historic Weapons Officer at Fort McHenry in Baltimore since 1979. Scott served as a co-historian for the Smithsonian Institution's "Saving the Star-Spangled Banner Project" and for the National Park Service's "The Star-Spangled Banner National Historic Trail" study. He has published several books. 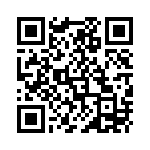