i remember when we moved to Kootney Plains, we lived in teepee and tents. Reading this book brought back wonderful memories. My matenal grandmother was Maggie Buffalo (nee; Smallboy) Chief's Smallboy's sister. I could just vision the lands that was mentioned and i could smell the fresh mountain air.......

Gary Botting spent his early years as a journalist, award-winning playwright, and poet. He has also taught English at colleges and universities in Alberta and British Columbia. Botting became a lawyer in 1991, and since then has chosen to practice law in the areas of criminal appeals and trials, extradition, and refugee claims. He lives on Vancouver Island, BC. 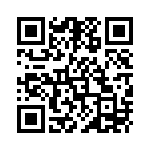