In "China Airborne," Fallows skillfully uses the rise and uncertain future of the aviation industry in China as a parable for the development in China. An avid political-economic analyst and ... Read full review

Short book about China’s possibly burgeoning aeronautic industry, and the challenges and opportunities it faces/offers. Fallows emphasizes that there’s a huge amount of divergence in conditions across ... Read full review

James Fallows is a national correspondent for The Atlantic. He has reported from around the world and has worked in software design at Microsoft, as the editor of U.S. News & World Report, and as a speechwriter for President Jimmy Carter. He is currently a news analyst for NPR’s Weekend All Things Considered and a visiting professor at the University of Sydney. 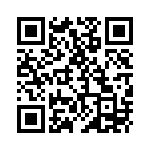