Many interesting details on recent developments in China; including why ending software piracy in China (even if it were remotely possible to do so) would be a disaster for Microsoft. Read full review

CHINA, INC.: How the Rise of the Next Industrial Superpower Challenges America and the World

Will China soon own the world? Perhaps. "The opportunities now in China are too big to miss," writes business journalist Fishman in his timely look at the Pacific Rim's most powerful economic tiger ... Read full review 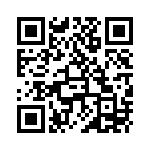