Nancy S. Steinhardt is Professor of East Asian Art and Curator of Chinese Art at the University of Pennsylvania where she has taught since 1982. She received her PhD at Harvard in 1981 where she was a Junior Fellow from 1978-81. Steinhardt taught at Bryn Mawr from 1981-1982. She has broad research interests in the art and architecture of China and China's border regions, particularly problems that result from the interaction between Chinese art and that of peoples to the North, Northeast, and Northwest.Steinhardt is author or co-author of Chinese Traditional Architecture (1984), Chinese Imperial City Planning (1990), Liao Architecture (1997), Chinese Architecture (2003), Reader in Traditional Chinese Culture (2005), Chinese Architecture and the Beaux-Arts (2011), Chinese Architecture in an Age of Turmoil, 200-600 (2014), and more than 70 scholarly articles. She is a recipient of grants from the Guggenheim Foundation, Institute for Advanced Study, National Endowment for the Humanities, American Council of Learned Societies, Getty Foundation, Chiang Ching-kuo Foundation, Social Science Research Council, American Philosophical Society, Graham Foundation for Advanced Study in the Fine Arts, Van Berchem Foundation, and Metropolitan Center for Far Eastern Art. She has given more than 300 public lectures or conference talks. Steinhardt is involved in international collaborations in China, Korea, and Japan. She has been an advisor, guest curator, or author for exhibitions at China Institute, Asia Society, the Metropolitan Museum, Japan Society, Chicago Art Institute, Smart Museum, and the Penn Museum. 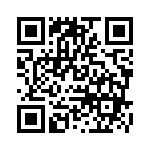