Johannes L. Kurz is Senior Lecturer in the History Department at Universiti Brunei Darussalam. He is the author of Das Kompilationsprojekt Song Taizongs (reg. 976-996) (2003). 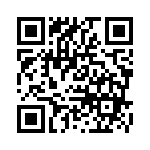