S.I. Hayakawa's full name is Samuel Ichiye Hayakawa. The son of an import-export merchant, Hayakawa was born on July 18, 1906, in Vancouver, British Columbia. Hayakawa received his bachelors degree from the University of Manitoba and his masters degree from McGill University. While he was studying for his Ph.D. at the University of Wisconsin, Hayakawa worked as an assistant instructor in English, becoming a professor in the English extension division in 1936. In the 40 years that followed, Hayakawa joined the faculties at numerous universities and colleges as a professor, eventually becoming president emeritus at San Francisco State University. Hayakawa is the author of a number of books that cover the meaning of language and similar subjects. Among his book credits are the Book-of-the-Month selection Language in Action, Modern Guide to Synonyms and Related Words, Dimensions in Meaning, and Quotations from Chairman S.I. Hayakawa. The periodical ETC: Of Our Language and Our World is considered one of Hayakawa's greatest contributions to modern letters. Hayakawa has also contributed to New Republic, Harper's, Sewanee Review, and other periodicals. 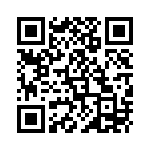