A great work of fiction that captures a time when religious views influenced the American political landscape. The story begins during the Bush Administration and carries the reader on a political journey leading up to the inauguration of President Obama. The book has chapter titles that reflect a particular time frame, some of which are quite humorous like Chapter 29 "Our Country shows it's A.S.S.", the author's own acronym for American sectarian strife. Considerably less than 300 pages it reads rather quickly.
The main fictional character Terrell Sims' identity as a leader surfaces abruptly in the very first chapter when Milwaukee, Wisconsin becomes victim to yet another senseless murder. Finally a book that argues both sides of the partisan spectrum equally as Terrell's intellect, problem solving skills and astout ways as head pastor of a major Baptist church is rivaled by an ex-con turned Muslim with enviable oratory who rides the tide of dissent of the American people during the 2006 midterm elections.
By the time America changes presidents, Terrell is confronted with many questions that involves the rise of the moral majority and the power the Evangelical vote held in terms of electing politicians who courted them in the name of values voters and what it truly got in return. Terrell's own personal battles are questioned by the Conservative Wing of his Republican Party which in effect is what causes him to question if he had become a Christian second while being a Conservative to suit his social beliefs first. So many politicians are named in this book that it practically chronicles the events that many Republicans and Democrats would hope we forget by next election.

Tramell Nabors is a first time author who works in the computer field. His hobby and love of politics has allowed him to stockpile well over twenty years of political columns and articles without realizing one day it would all come to use. With facts, statistics and an imagination, Tramell dedicated himself to complete a childhood secret dream; to write a novel that could impact the African-American youth in the way Alex Haley's Roots impacted Tramell's generation. With wisdom, knowledge and a touch of inner-city expression, Terrell is destined to become the next Dick Gregory of his generation. From the physical slavery expressed in Roots to the mental slavery of Tramell's era, he hopes to send a message to African-American men whom have fallen to the streets, gangs, drugs, alcohol, or abuse that no hole is too deep to get out of as Tramell is living proof of rising out of such conditions. Experience this page turning novel about today's political follies exposing many of the same issues which exist with minorities also exist within the Christian Conservatives ranks, but entertained with a ghetto twist! Tramell lives in his hometown, Milwaukee, Wisconsin and currently works in Information and Technology for a Fortune 500 corporation. 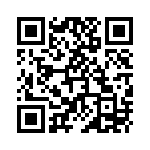