Susan White is Professor of Worship at Westcott House, Cambridge, and a member of the Faculty of Divinity at Cambridge University. She is currently a Visiting Scholar at Emory. 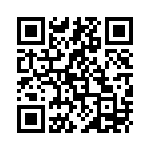