This is great book laden with knowledge and understanding only the reader should be unbiased and neutral.

This book is ridiculous on the speculation that the author uses. The author with a finite minds pretends to have answers to take away the Diety of the Messiah Yeshua. I guess years of Muslim indoctrination has clouded the minds of these people. When you have your head so far up Mohameds butt you can't see anything else is all I learned.

Hazrat Mirza Tahir Ahmad (1928–2003), a man of God, Voice articulate of the age, a great orator, a deeply learned scholar of phenomenal intelligence, a prolific and versatile writer, a keen student of comparative religions, the spiritual head, being the fourth successor of Hazrat Mirza Ghulam Ahmad (the Promised Messiah and Mahdi), to which august office he was elected as Khalīfatul Masih in 1982.

Besides being a religious leader, he was a homeopathic physician of world fame, a highly gifted poet and a sportsman. Though he had no formal education in philosophy and science, he had a philosophical bent of mind and tackled most difficult and abstruse theological-philosophical questions with great acumen and ease and his intellectual approach was always rational and scientific. 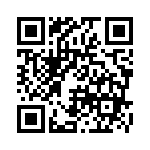