Linda Woodhead is Professor of Sociology of Religion at Lancaster University, UK. Her research interests lie in the entanglements of religion, politics, and economy, both historically and in the contemporary world. Between 2007 and 2013 she directed the Religion and Society Programme http://www.religionandsociety.org.uk, the UK's largest ever research investment on religion. Her books include Religion and Change in Modern Britain, A Sociology of Religious Emotions, and The Spiritual Revolution: Why Religion is Giving Way to Spirituality. 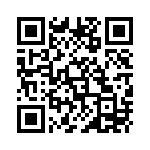