This is the most modern of the selections of Froissart that I have read, and Mr. Brereton has made a serious effort to present at least one example of the vast range of topics covered by the work. I ... Read full review

This penguin classic edition was translated by Geoffrey Brereton and contains selections from the four books of chronicles written in the 14th century by Jean Froissart, who was at various times ... Read full review

Jean Froissart was born in Valenciennes (c.1337) and came to England in 1361 where he joined the entourage of Edward III's Queen. While in England he travelled to Scotland and the Welsh Marshes and to the Continent seveal times, finally settling in the Netherlands on the death of the Queen. He finally took holy orders, before returning to England in the court of Richard II, whose downfall he recorded in 1399. His first book of the Chroniques was published in three versions, the second book was completed by 1388 and the third in 1390. He was still working on the fourth when he died c.1410.

Geoffrey Brereton edited and translated several modern dramatists including Claudel, Sartre and Adamov, and was a Fellow of the Royal Society of Literature. He died in 1979. 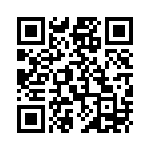