Donald L. Drakeman is a lecturer in the Department of Politics at Princeton University, and president of a biotechnology company. He holds a PhD in American religious history from Princeton and a JD from Columbia Law School. He specializes in religion and government issues and American constitutional law. Mr. Drakeman co-edited Church and State in American History: The Burden of Religious Pluralism and has written articles for Rutgers Law Review, Cardozo Law Review, and The Christian Century. 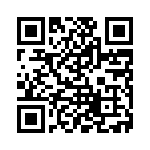