Even the most historically illiterate students are familiar with the role Winston Churchill played in the victory over Nazi Germany. Unfortunately, many students of history remain uninformed of the ... Read full review

Immensely enjoyable and informative, albeit a little tedious in a few places. Gilbert is a master at gathering information and using it in a way that makes one feel directly attached to the central ... Read full review

Sir Martin Gilbert is Winston Churchill's official biographer, and one of Britain's leading historians. His The Holocaust: The Jewish Tragedy is considered the classic work on the subject, and he is the author of more than sixty other books, including First World War, Second World War, Israel: A History, A History of the Twentieth Century, The Righteous, Auschwitz and the Allies and Jerusalem in the 20th Century. 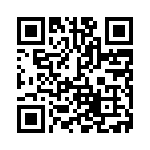