Saskia Sassen is the Ralph Lewis Professor of Sociology at the University of Chicago and Centennial Visiting Professor at the London School of Economics. Her recent books are Territory, Authority, Rights: From Medieval to Global Assemblages (Princeton 2006), the co-edited Digital Formations (2005) , the edited Global Neworks, Linked Cities (2002), and Guests and Aliens (1999). Her books have been translated into 16 languages. She is the editor of the volume on urban sustainability in the new 14-volume Encyclopedia of Life-Systems being produced by UNESCO and EOLSS (2006), for which she coordinated a network of researchers and activists in thirty countries. 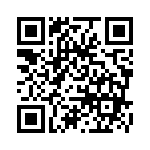