Allan Colbern is Assistant Professor of Political Science at Arizona State University. He is a Presidential Award recipient from the Russell Sage Foundation and Carnegie Corporation, and his research has been featured in the Washington Post and Los Angeles Times.

S. Karthick Ramakrishnan is Professor of Public Policy at the University of California, Riverside and founding Director of its Center for Social Innovation. He is a trustee of The California Endowment, a Frederick Douglass 200 honoree, and has received major grants from the National Science Foundation, Robert Wood Johnson Foundation, Bill and Melinda Gates Foundation, and many other national and state foundations. 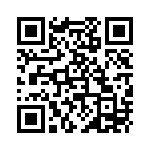